I can't live at Hogwart's


I don't want to live at Hogwarts, anymore.


See, the thing is, I wouldn’t last at Hogwarts and I know it. Hogwarts - just a bit too orderly, too well thought out in terms of administration for me to fit in there.

I’m afraid at this ripe old age and at my current levels and waves of brain and heart stuff, I’d be a little bit too …. well, just “too” in general. Mr Every-thing-to-excess, ok?

It’s nothing against Hogwarts, which would be a totally awesome-est place to be for a while. It’s not them, really, it’s me.The closest thing they seem to have to me is Luna Lovegood, and I have none of her grace under idiot teasing type fire. There would be ... unpleasant-ness, requiring parental notification, pretty much guaranteed.

I know, it’s practically unfathomable to many of you, especially if you Don’t follow me on twitter, that I might be, well occasionally, less than, shall we say “well balanced”.  I know it’s shocking, but  true I swear.

You see, regarding me it has often been said “Well, it always was - What? Yes, “He”, of course I said He! He – always was a little different, aye?"

I think it’s a certain cast of the eyes, or cast of the mind. I’m always still, in my mind, practicing that casual looking side-arm cast my dad used to do when we were fishing, to get his bait up in under the brush along the bank to the fish, without ever snagging it. Wait, that should be “cast” as in a way or look about him, shouldn't it?  (him - me, my mind, brain - stuff.)

What, Have you Met me? It’s that thing about Being-Here-Now, only also There-When, at the same time. Well, that could be one reason, Okay?

I firmly believe the administration at Hogwarts would be forced, in time, to come to the inevitable conclusion that continuing exposure to such random and possibly mutated thought waves, forms, and patterns as mine could constitute a danger to the students' minds and worse, attitudes, and by extension, ultimately the wizard-ing world, and next thing I'd know - “No, No-Azkaban! No disassemble Johnny-5!!”

But don’t cry for me. Oh no, in This, The Best of All Possible Worlds, there is a place wherein I might fit. (Hush, that wasn't dirty) Yes, this place for me is also in fantastical literature, but that counts for us, or you shouldn’t even be here. 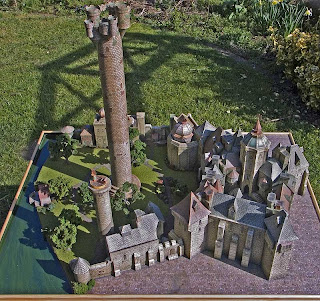 Fig 1: Model of THE UNSEEN UNIVERSITY, introduced to us by the inestimable Terry Prachett –
Yes, I want to live there, Don’t Judge Me! 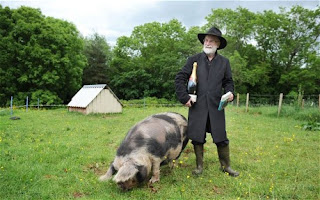 Possible closest “This Realm” name equivalent to the Unseen University; The Invisible College - The Royal Society of London for the Improvement of Natural Knowledge

-Taken from the Wiki on The Royal Society of London

Well, Okay it's actually almost Nothing Like the Unseen U, except:

“During the 18th century, the gusto that had characterized the early years of the Society faded; with a small number of scientific "greats" compared to other periods, little of note was done. In the second half, it became customary for Her Majesty's Government to refer highly important scientific questions to the Council of the Society for advice, something that, despite the non-partisan nature of the Society, spilled into politics in 1777 over lightning conductors. The pointed lightning conductor had been invented by Benjamin Franklin in 1749, while Benjamin Wilson invented blunted ones. During the argument that occurred when deciding which to use, opponents of Franklin's invention accused supporters of being American allies rather than being British, and the debate eventually led to the resignation of the Society's President, Sir John Pringle. During the same time period, it became customary to appoint society Fellows to serve on government committees where science was concerned, something that still continues.”

I got on to this from a reference elsewhere, which eluded to The Royal Society as having once been called “The Invisible College”, and might therefore have been the inspiration for both the name and character of Pratchett’s “Unseen University”.

When referred to for comment Sir Pratchett replied “Whut? You almost spilled my drink - Are you sure you're not a copper - That’s utter bollocks, innit? - Here now, Give-us-a-Kiss!” (Well, he could have…)

Seriously, bedtime there is wherever you find it, the Head Librarian is an orangutan and also one of the smarter wizards there, and breakies is always on.

Oh, and one of My favorites of course; Most people can't even see the place, even when they're standing at the gate looking right at it.

If that doesn’t at least suggest that the Unseen University is the kind of “Plumbing-by-Bloody-Stupid-Johnson” place I could if not flourish, at least blend in a bit, then I submit that you need to go read more Pratchett.

Now, If you will kindly excuse me, I have to go see if I can find The Luggage.