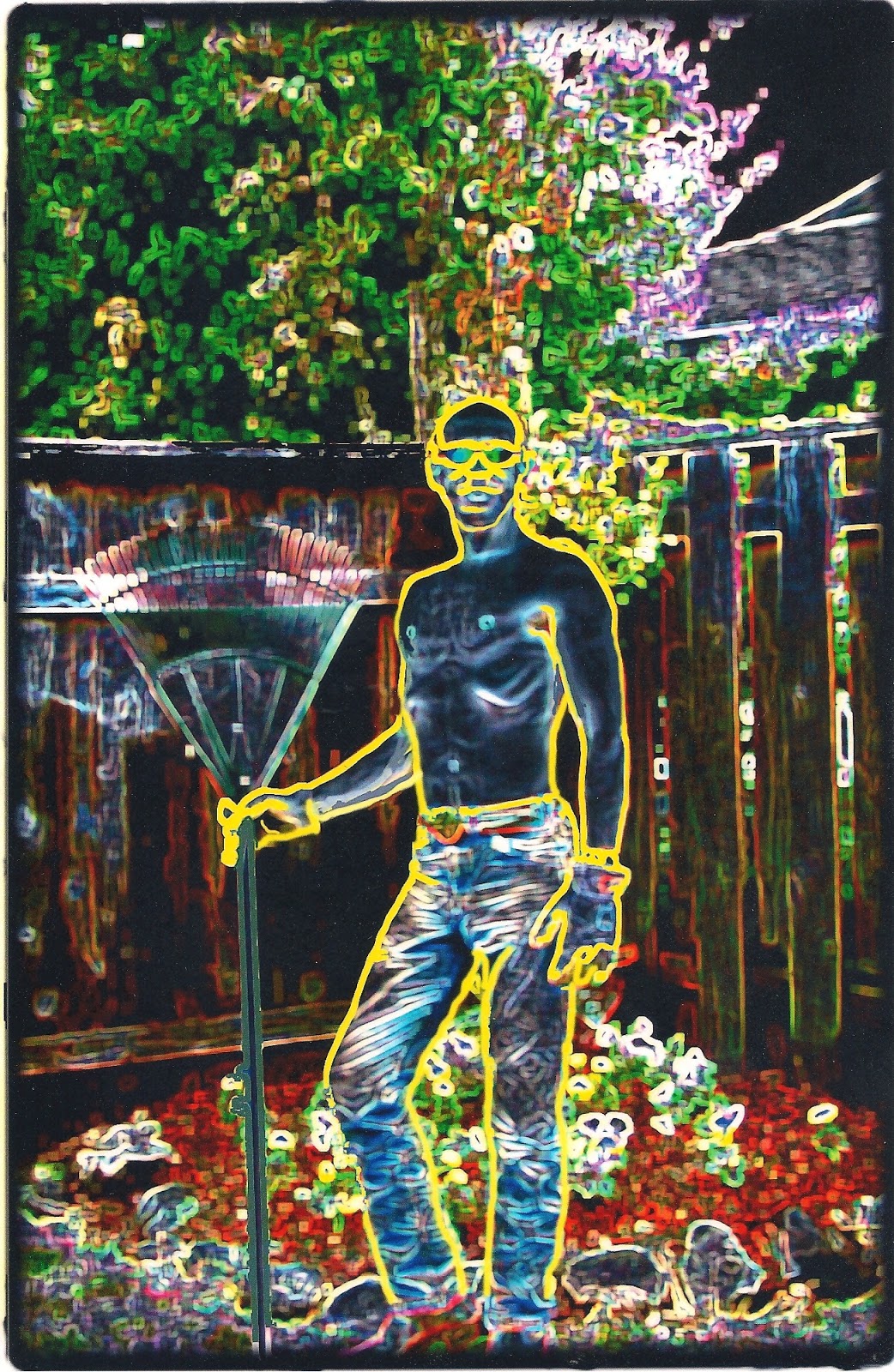 She walked out into the backyard where he had the night lit up some kind of unnatural blue, if just inside their own little privacy fenced postage stamp sized haven. As she picked her way over the shadowed stepping stones towards him he stood up from his petunias and turned towards her. The tinnitus ring hit him in the ears, in his head, at some tone way up there in the thousands of hertz, and he turned again, into something somehow Other. “Oh hi Hun! Remember those nice, special safety glasses I gave you for when we're outside together? Yeah, you might want to get those and put them on now.”

She reached inside the sliding door to the end table and picked them up then, putting them on and turning back towards him, she was briefly startled to see it was a bright sunny morning out. Yup, morning, all the usual signs - finches splashing in the birdbath, a lawnmower starting up a house or two down the way, kid hollering something to his mom next door... “Would you like some more coffee?” she said spying the cup in his hand and thinking that must be what she meant to ask him. “No, I'm fine thanks, but remember you have that thing at eight this morning.” and suddenly she did. Remember. a thing. This morning.

My ears ring constantly, loudly, at about eight thousand hertz in one ear, about four to six thousand in the other. Sometimes, something clicks in my head, and the taste of the thought or the moment on my brain will change, goes salty, and slightly woody, and I seem to be wrapped in a bright yellow outer shell. The shell is very thin, but very bright. It is the color and the frequency of The Ring.

Twilight Zone, boys. It's like living' in the freaking Twilight Zone everywhere I go, just walking' around being' me. Sometimes I wonder if other people, on the Max line, or walking down the street, or standing at the checkout line, can hear the ring, or see the yellow shell, or feel the waves of Otherness wafting off of me. It's always threatening to expose me to discovery by the humans. If that happens I have no doubt they will turn on me like something ferocious on something helpless and I will never get home.

Tomorrow I will be fifty-seven years old. Now how the hell did I get here, and what was I looking for when I came in?
Posted by John Ross Barnes at 9:19 AM 3 comments: