The Thing about Aaron 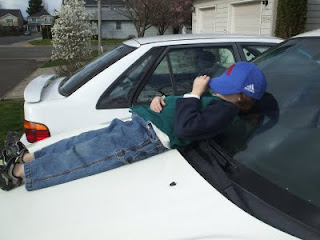 Today my post for Autism Awareness Month is a guest post over at Leslie @moondustwriter Moon's blog. They tell me it's a poem. I guess I did steer it that way. The most big real thing I've written about in a while, I think. Also, It was meant to be an account of This is what it's like Just on the Edges of the Autistic Spectrum. P.S. I think the best book I still have ever read about autism is Elizabeth Moon's (no relation?) Fiction novel The Speed of Dark.

I've been thinking some more(Yeah, some of us are incorrigible that way) 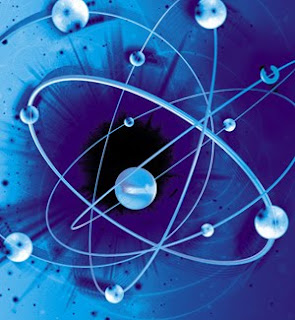 I was procrastinating, rebelling against actually writing. (I mean today, specifically, those other times don't count in this)

This is where it's gonna start to get weird, perhaps a little hard to follow, cause I thought of something else.

That's the first point, a given, if you will, in this little reality we're sharing on this screen/page between us. "Then, I thought of something else" may be a reoccurring break or apparent change in topic in this post.

Cause why, you may ask? Aw, go ahead, ask, please? Ok, cause even though I know readers are used to, and expect any thing dubbed "thinking" to be presented as one cohesive, preferably coherent bit, that's not how I think. Is that really how other people think? Amazing.


So I understand that, I really do. I try to do that for us here most of the time A) To get some real, understood communication done between our minds and B) because if it gets too convoluted(possibly like this) then readers will throw up their hands, shake their heads, perhaps mutter something like"Geez John, perhaps a little less Mental here?" and move on.

"EXTENDED TRAIN OF THOUGHT
AND YES,
STREAM OF CONSCIOUSNESS ...
... STUFF."

That is after all, how we all experience things, isn't it?
Today, I tell it like it happened to me folks.
There really will be a point or two by the end, I promise.


"keep your arms legs inside the ride at all times please, until we come to a full and complete stop".

Reading about String Theory in physics again, warming up to searching about Leonard Susskind, the Plumber Physicist's theory about a holographic projection of the ENTIRE UNIVERSE(ok, what warrants all caps more than the ENTIRE UNIVERSE?) - Projected that is, on the inner(?) surface of, yes, the ENTIRE UNIVERSE itself. Everything that ever happened? All at once of course, or well, the Universe wouldn't be acting in that decidedly charmingly goofy way of doing/being exactly what you wouldn't expect it to be coming up with next.(Yes, supposedly there is, may be, an inner surface or membrane to the outside of the Universe. More mind warping theoretical stuff.)

And yes, it's kinda like that last paragraph that way.

So, everything that Was or Is or as they say, Yet Shall Be - has a twin holographic double, way out there, yes Virginia, Across the Universe.(remember, that's the ENTIRE UNIVERSE). Morgan Freeman says(yeah, he got this started) - "While we think we're all here, that this is all happening, here in this 3 dimentional reality, there's another reality - everything on the surface of the Universe out there " - But what are the other we out there, in the holographic projection version of reality, thinking about it?

At this point, I decided to go out on the patio and smoke a cigarette about all this. I usually go out, light up, and pace. And I look to the sky, always, to watch the world turn or the clouds blow, and think.

This time I sat down.

Well that was certainly different. "Really John, sitting down was different than standing? Imagine that." - aside - "It's gonna be one of Those days".

It was. Way - Different.

Just that little bit of difference in visual perspective made my yard, my world, more private, more quiet - closer to still. It became slower, and lower in it's intensity. That's a good thing for me. Less intensity in my perceptions is sometimes - a good thing.

Something moved. Ok, obviously about a ba-jillion things moved, all around and in and out of the whole scene. I mean Something. Moved.

Back inside, (how's that for some head-O-logical cliff-hanging-stuff for a break) Like -"Mean while, back at the ranch"

I step inside to this on X-finity Music - K.T. Tunstall, live, Come on Get it . from the Manchester Ritz 2010. I Wonder if Big Black Horse might have been written about that Black Gibson Dreadnaught she's playing in the video - never mind.

So, there's this Black Hole see, in the middle of our cozy little home galaxy - the Milky Way. As you would expect, there are things doing odd elliptical orbits around Mr. Black Hole, drawn in by his HuuuuGe Melon. Er, I mean Gravity - Yeah Gravity, that's it, Of course.

Some of these things, orbiting the hole, are stars. All kinds of Stars. They spin faster as their orbits loop closer to the hole. Of course they do. Do to. That's one way we know the Hole is there.

This all eventually, Mr. Freeman's distinguished baritone says, conveys to the Black Hole Information Paradox and the debate between Hawking and Leo Susskind. (they call him the Pumber-Physicist - but check out his creds on wiki).

Leo, as you may remember, brought us String theory, bless his heart. Really interesting, supports the Vibrating at Higher Frequencies thing, much to my delight.

As we get past Black hole in middle of Milky Way, (wonky star patterns in there, tell us so. No, really.), - past that, past string theory, To the Black Hole spraying, as it were, the reflection, and the sub-atomic-particle essence of EVERYTHING out Across the Universe, to it's very edge, it's very gravitational membrane, to where ALL THAT gets holographicly projected.

Now we're back to there's another exact analog of EVERYTHING that ever was, is, or will be, out there. Yup, WAY - the Hell & gone, beyond comprehend-able(or at least relate-able) distances.

Crunch a few brain cells up against that for a little while and see if things don't move.

Back at the ranch, I still have a couple of post owed about specific stuff, that didn't get done, but will. That brings us to the main point number TWO:

All the sudden, it snuck up on me, I've hit that point where I need to start keeping track of ALL MY IDEAS.

I haven't been in a creative state where that was an issue for many years. It's a quandry of retention, and of organization. But it's a quandry I am happy to feel. Again.

Thank God, I was afraid I might be gone.

And then I had a thought. No, really.

I sometimes tell myself that the Loud tinnitus, The Ring, which is with me always, is actually the long distance remnant of The Music of the Spheres. (just a little story I tell my self to amuse me)

Have I mentioned that my thought processes are decidedly Random Abstract. Perhaps I should have warned us. You're sharp, I bet you figured that out by now.

Remember, today you're getting it the way it comes to Me. It's about trying to relate My world, as it Really Is. Or is it as it only seems? How would I know?

Eventually, we get to the point of Morgan Freeman's Cosmological expounding, which is: Hawking was wrong about this, Susskind was right: A Black hole does not, in fact destroy or do away with the matter, the accumulated INFORMATION that goes in. INFORMATION IS NOT LOST. Perhaps. Not. Ever.

I will pause while we all think on that little tidbit. Yes, in this sense I think, at least for purposes of this, we are information also.

Now, what was it I was worried about before?

An additional thought: Those stars orbiting around the Black Hole make a pattern. It's exactly like the pattern made by sub-atomic particles orbiting the nucleus of an atom. It's that Microcosm, Macrocosm thing that we see as a repeated theme in both nature and human thought(which is, it has been argued, nature also).

Heres another musical interlude: Peter Gabriel, live, In Your Eyes.

I know, that's a long one(10 minutes), but I think it's worth seeing and hearing. Gets down to the nitty-gritty of what this relating stuff is Really all about. Well, I think so.

What was my point?

The universe is bigger and weirder than even we have imagined.

Sometimes, in the middle of all this random, Something Moves. In my head, in the Universe. Creativity is not dead. Information is not lost. Love(a type of information?) goes on.(Yes, it's a leap, but I'm going to make it head first. So sue me.)

There may yet be good reason for me, and for all of us, to Hope.

"Well, I think we've made excellent progress today, but it's about time to wrap this up".