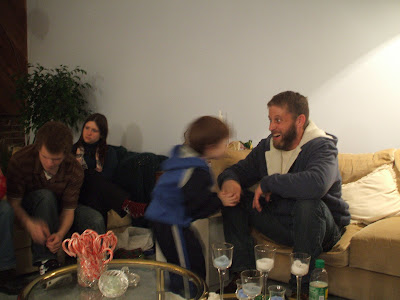 Cousin Don and Aaron, who moves too fast for "sport" mode. 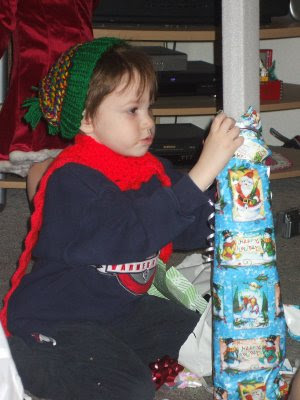 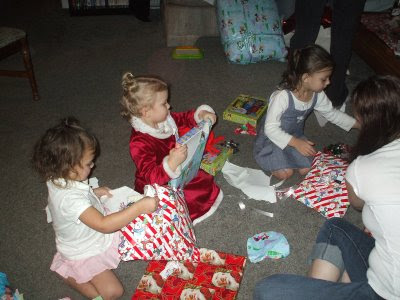 The Granddaughters:
Zoe, Athena & Winter, with our daughter Tiffany, Mom of two.

Christmas is done & gone. It was a good time. Good family times.
Portland has indeed gotten more snow in the last two weeks than has ever been recorded on the ground at once before. EVER.
Thankfully, it has warmed up to the mid forties (Fahrenheit) the last few days, so that snow is pretty much just a memory now.
Uncle had to go back to the hospital Sunday, just as we were getting ready to eat another dinner. a Really unsettling combination of high blood pressure, very high heart rate, erratic heart beat, etc.
They think they've got him back to what passes for normal for his system.
He should be coming back home tomorrow.
Disturbing, but unfortunately not an uncommon occurrence for him over the last couple of years. The Hospital stays are getting way too frequent. I've lost track of how many and when over the last year or two.
Most of the rest of this week will be boat head jobs(sanitation systems) and broken fresh water systems (from the cold, not adequately prepared for by some).
The plumbing/sanitation work actually pays a lot better than the less technical, less nasty work I do on the outside of boats. There's a good reason for that. They don't build these systems to be worked on. When I get into them, I am generally in very confined spaces, with very nasty stuff, that really wants to get as intimate with me as possible. Again with the "Perversity of the inanimate" as Amelia would say. I could have provided any number of detailed photo illustrations. I doubt that's really necessary or appropriate here now. Just take my word for it.
Aside from the higher pay scale, the major gratification for doing marine sanitation is in how people react when the system that wasn't working, that they knew nothing about and didn't want to get into anyhow, is once again doing it's job(usually better than it did before it broke-how I roll :-) People who might have a reputation for being less than gracious to their own employees can be downright Lavishly effusive with their praise and gratitude for the guy who fixes their boat head. Especially if it's say, the second day out on a week long cruise, fifty miles down river from home, with the wife and teenage daughter - and both heads quit working.
How did we get from cute kids on Christmas eve to mental images of stinky non-functional boat sanitation systems?...
I guess the tie-in is that it's all part of the widely diverse patterns of my everyday life.
And still sometimes it gets to be ...just more of the same. What's the phrase - "Loonnnng stretches of real boredom, punctuated by brief periods of absolute panic" I suspect that probably says a lot more about my mindset than about my circumstances..."I suspect nargles." (luna Lovegood, from HARRY POTTER and The PRISONER of AZCABAN).
Fine then, consider this my not well laid out or well organized...or even particularly lucid version of a Sleeping with Bread Monday.
I think you can figure out the parts I'm happy about and not ....
Have a Happy and SAFE New Year's Eve.
more later.....
Posted by John Ross Barnes at 1:14 AM 2 comments: