another dad, another story 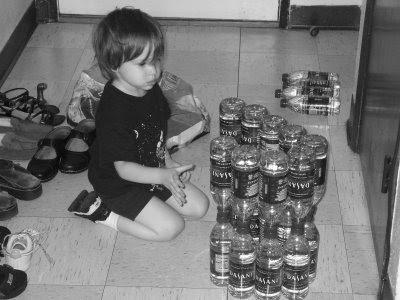 Reading Blogs about Moms & kids, and Dads and kids. Is it a meme, or just a universal theme? Different lives, in different locales, across the country, around the world(at least the English speaking/writing world - I remain, despite a couple semesters of college Spanish, woefully uni-lingual). What follows is just part of the continuing saga of one dad, one child.

My son, now four, and always small for his age, was recently seen by a very nice, very professional and yet warmly reassuring couple of child development people from the local school district. One a child psychologist, the other a speech pathologist.

After talking with my wife and I and our boy A. for a couple of hours the verdict was in: "Yes our child has speech/language development issues, as well as some social skills issues, that plainly and definitely qualify him the local early development special ed program". This came as a great relief to us. That may seem odd. We have known for some time that he has these issues. It took our state funded child medical providers a couple of years to come to the conclusion that, yes this child has some issues that need to be addressed.
What we somewhat knew, in the backs of our minds, but were less prepared to hear was that he shows a number of "red flag" traits our new specialists relate to high-functioning Autistic Spectrum Disorder.

Our son is very bright, but has problems knowing how to relate or deal with others in social groups. He absolutely will look you in the eye, and has a sense of humor, and initiates warm contact sort of stuff, and, and, and ...doesn't seem at all like what t.v. and movies portray as the severely affected Autistic stereotype.
But,....He does, sometimes, get kind of compulsive obsessive about stuff. He lines up toy cars by type and color. He freaks out if his banana or granola bar gets broken. he's a wizard a jig-saw puzzles, and builds fairly remarkable stuff out of Lego's and tinker toys, he sees spatial relationships and puts together things you never thought would go together in ways that make perfect sense when you see what he's done with them.....he...... he ........Lord...save my child. It will all be OK, but, you know, as a parent we tend to want our children to be all those things that we think will ensure and enable them to deal and survive and thrive out there in the "real" world as they grow up, and later after we're no longer able to shelter and take care of them. Hearing the A word in relation to one's small child is kind of like going to the doctor and hearing the C word. Ultimately deal able with (usually) but causing that momentary catch in the chest - the shift into crisis/survival/protection mode-which of course will give way to more reasonable, more calm well considered thought patterns, realizing it's not quite the end of the world we first felt down deep that it might be.
He is excited about going to school tomorow. The little yellow school bus will pick him up at the sitter's a couple of mornings a week, to a local elementary school, for his early special ed classes/sessions and drop him back off after. After this school year they will re-evaluate him to see where he's at then. Ginny has taken him to the school and introduced him to whoever was around, shown him the place and space, and generally let him getcomfortable with it. It will be OK.
Posted by John Ross Barnes at 8:33 AM No comments:

Email ThisBlogThis!Share to TwitterShare to FacebookShare to Pinterest
Labels: the kids 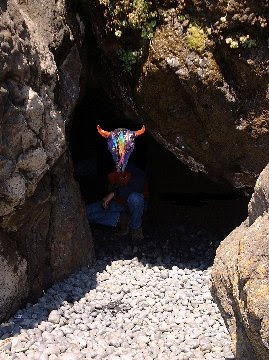